Hello, go to Fika for your next meal, it's at Beach Road, and the food is awesome and halal. :) Oh and Swedish. That's right. Halal, awesome, Swedish food.

And I will be happy, I will. No point in brooding.

I wish I was in London.

And I'm so bored I'm playing Pet Society on Facebook. My pet's name is Kai, which means ocean in Hawaiian.

Going for the press screening of Sunshine Cleaning later. Everytime I hear the movie title, I think Little Miss Sunshine. That movie was so awesome.

When I have to study, I'm suddenly interested in all the things I've not been keeping up with. TERRIBLE.
Anyway, my favourite dresses worn by the models and celebrities on the red carpet at the Met Institute Costume Gala this year.

Natalia Vodianova in Fortuny. Look at her cutesy bracelet!

I'm in love with flea markets all over again, and Ann Siang Hill and Books Actually, ohhh Books Actually. All my favourite writers concentrated in one tiny place. Heaven. If you want to make me happy, take me there. 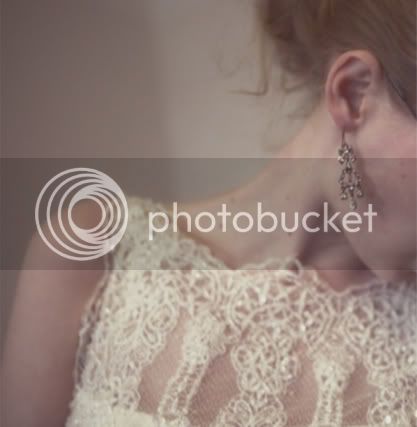 The real power of art is that it transcends everything. It reaches across time and space, age and race, and moves you in some way so profound that in that moment, if only for a while, you know that you're not alone.

I owe this reawakening of my love of the arts to the art installation cum poem in one of those ceiling to floor glass cases on the walkway to the Esplanade. It has a typewriter in it and the entire wall is covered with pieces of foolscap paper. Each of these has a single sentence typed on the middle of it. Like "My melodrama and your lack thereof", "Five years later, and your mother still thinks we're just friends", "Skin mapped by scars", "Unrequited love was the dress rehearsal", "Ben & Jerry's strawberry cheesecake ice-cream", "Your body curled like a fist under the sheets", and "Sock-puppet arguments".

I'm going to go back there and copy the poem. And then I'll paste it here. Watch this space. ♥

A hundred ways to say your name

I avoid speaking your name in conversation,
throwing it to the air as if
it were nothing more than an assumption of you;
it is my last mode of defence.
The last item of clothing to discard
before I realize I'm naked in public.

Even in that one short syllable
that means everything and nothing,
your name as common as you are rare.
As easy as you are not.
As simple as love should be but never is.

But when I'm alone I tie my tongue softly
round the familiar sound,
as if pronouncing with conviction
the phonetics of desire will cause
time to pause long enough
for the earth to hear me naming my loss.
- Tania de Rozario

I just wrote "Hi," in here thinking I was about to talk to someone. Hah.

This is not your typical snow day because it's Singapore, no cancellation of a school day due to inclement weather conditions for us. But somehow, events aligned to give me Free Day Tueday. Last night, my tuition agency informed me that the mum of the kid I'm tutoring wants to postpone the first lesson, which was supposed to be tonight, to Saturday. And then a couple of hours ago, I find out Psychopathology lecture, my only class for today, is cancelled. I literally did two happy dances!

Something I realized in between all that happy dancing is: I put a lot of thought into my online shopping decisions, given that you can't, like old school walking-into-a-shop shopping, actually see, touch, and test the real product. And then it hit me! Oh wait, I'm not even supposed to be online shopping anymore. I was so good for so many months, why am I doing this again! TSK.

I shall put the same careful thought process into Cognitive Neuroscience. It is actually not as brain-draining as I thought it would be. So far at least.

I want to play Left For Dead with my jc classmates again! Ethel or Robin or Elaine, if you're reading this, remember to sms/call me when you guys go!

I'm going out for lunch now then signing up for driving practicals.

"For what it's worth: it's never too late or, in my case, too early to be whoever you want to be. There's no time limit, stop whenever you want. You can change or stay the same, there are no rules to this thing. We can make the best or the worst of it. I hope you make the best of it. And I hope you see things that startle you. I hope you feel things you never felt before. I hope you meet people with a different point of view. I hope you live a life you're proud of. If you find that you're not, I hope you have the strength to start all over again."
- From The Curious Case of Benjamin Button

Tomorrow, well, today, actually, I'm going to do laundry. Go for aerobics class with people my mum's age. READ THE NEWSPAPERS. WEAR MY GLASSES. Go to the dentist to check for wisdom teeth because jaw hurts when I open mouth. Pray to God that I do NOT need to have them extracted. Buy birthday presents. Buy the dress I saw today. PRAY. Read my psychopathology textbook.

I don't have much to say

except that, cycling with friends and eating honey stars cereal were a great way to start the week.
Collapse